M777A2 FA Battalion Use of the Pallet Loading System

M777A2 FA BATTALION USE OF THE PALLET LOADING SYSTEM 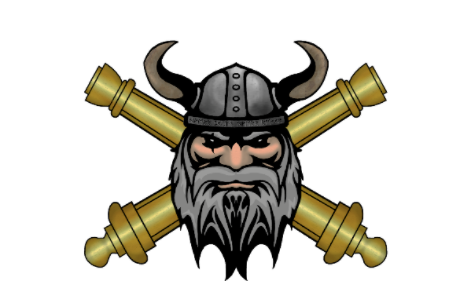 Based on current authorization by the Modification Table of Organization and Equipment (MTOE) a Stryker Brigade Combat Team (SBCT) is authorized the Load Hauling System (LHS) for all of its distribution units within the Brigade Support Battalion (BSB) and each Forward Support Company (FSC). A SBCT utilizes the LHS due to the original requirements for a SBCT to be deployable by C130 aircraft (Pope, 2020). The LHS system is made up of the truck and a trailer and both use the Containerized Roll In/Roll Out Platform (CROP) as the platform for which to load equipment. The system has a combined haul capacity of 44,000 pounds which, for the artillery battalion, equates to 120 155mm projectiles complete with propellant, fuses, and primers per system. Furthermore, according to a detailed paper published by I Corps, the use of the LHS creates a negative delta of 17% to meet the class V Required Supply Rate (RSR) for an FA battalion due to the limited haul capacity (Pope, 2020).

Comparatively, the PLS with trailer has a haul capacity of 66,000 pounds, a gain of 50% over the LHS system, increasing the number of complete 155mm rounds the system can carry by 52, for a total of 172. This increased capability closes the haul capacity gap to achieve the RSR and means one less system is required per every 480 rounds distributed. Additionally, the use of the PLS means that ammunition can be configured into combat configurations by the Combat Sustainment Support Battalion (CSSB) prior to it being delivered to the Ammunition Holding Area (AHA) at the Brigade Support Area (BSA). This is, perhaps, the greatest distinction between the two systems for a Field Artillery Battalion as it would greatly expedite the ammunition distribution process and allow the artillery unit to conduct direct CROP swaps with the CSSB. With the current LHS, this is not possible. The ammunition must be first downloaded once it reaches the BSA and then reconfigured by hand for the LHS. This process is very time consuming, requiring approximately 4 hours with an 8 man team per system.

Field Test. 2-12 FA battalion recently tested the viability of utilizing the PLS as the primary distribution platform during NTC rotation 20-09. During the rotation the battalion realized the full capabilities, increased efficiencies and the limitations associated with the PLS.

Capabilities. The increased haul capacity of the PLS allowed 2-12 FA to react more quickly in a dynamic environment. As the battle progressed and the firing units began to require emergency resupply, the FSC was able to quickly meet the demand and distribute the required ammunition in a timely fashion. Additionally, there were times during the operation that required the battalion to request emergency ammunition from the CSSB in order to meet mission requirements. In those incidents, the FSC was now able to conduct multiple CROP swaps to expeditiously move the ammunition to the firing units. Finally, the PLS is a safer system under load while moving cross country. The automatic wheel balancing system increases the suspension stiffness throughout the vehicle as the load shifts while moving through harsh terrain, effectively stabilizing the load and reducing the risk of losing the load and vehicle roll over.

Limitations. The authors recognize the current inability to field all SBCTs with PLS.  It is our understanding that there are enough PLS available to equip each of the SBCT’s Artillery battalions, though.  If only the artillery battalion were to receive the PLS, and the remainder of the distribution units in the BSB had the LHS, it would require the FA battalion FSC distribution platoon to remain at the BSA. This is due to the reduced capacity of the LHS. Since the LHS has a lower haul capability, if the FA distribution platoon were to forward stage at a Combat Transportation Command Post (CTCP) and require the BSB to deliver ammunition, via throughput distribution, the PLS’s increased capacity of 52 rounds would be lost. Having the FSC at the BSA increases the travel time required for the FSC to reach the firing units and deliver the ammunition. However, having experimented with staging the FSC at a forward CTCP and at the BSA during NTC rotation 20-09, the increased travel time was negligible. This is due to the fact that the time saved by using the PLS system more than compensates for the additional travel time from the BSA vs. the CTCP.  Of note, by having the most capable load system at the BSA, it was common during the rotation for the BSB to request the FA battalion FSC to move cargo for the BSB, especially during a BSA relocation, thus temporarily reducing the FA battalion’s organic capability.

The Way Ahead. Recommend a MTOE change for SBCT distribution units. Understanding the limited PLS stock available Army wide, start with the FA Battalions and replace a minimum of 6 LHS with the PLS to allow the FA battalion to meet the ammunition requirements of the firing units (Pope, 2020). In a dynamic environment against a force of similar capabilities, an additional 52 rounds can mean the difference in suppressing a target or destroying it. Although limitations exist with regards to forward placement of the FA battalion FSC on the battlefield, the ability to conduct direct transfer with the CSSB and carry an additional 52 rounds outweighs the limitations. Eventually, all LHS within the SBCT will need to be replaced with the PLS in order to fully realize the increased capabilities of the system. In conclusion, the PLS allows the FA FSC to deliver the correct type and correct volume of ammunition with increased efficiency to the firing units so they can support maneuver and shape the deep fight.