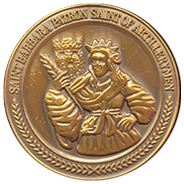 The Ancient Order is reserved for an elite few whose long-term dedication to the Field Artillery has embodied the spirit, dignity and sense of sacrifice and commitment epitomized by Saint Barbara. It recognizes the select few who stand above their brethren of the Honorable Order in terms of conspicuous, lifetime service for or on behalf of the United States Army or Marine Corps Field Artillery. The Ancient Order is the more distinguished of the two levels of the Order of Saint Barbara. 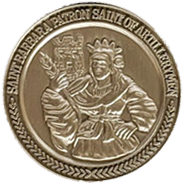 The Honorable Order of Saint Barbara recognizes those individuals who have demonstrated the highest standards of integrity and moral character; displayed an outstanding degree of professional competence; served the United States Army or Marine Corps Field Artillery with selflessness; and contributed to the promotion of the Field Artillery in ways that stand out in the eyes of the recipient's seniors, subordinates and peers alike. 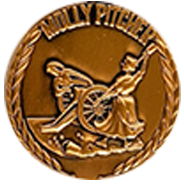 The Order of Molly Pitcher recognizes those individuals who have voluntarily contributed in significant and meaningful ways to the improvement of the Field Artillery Community. All spouses, civilians, and military personnel are eligible for this award via volunteer service.