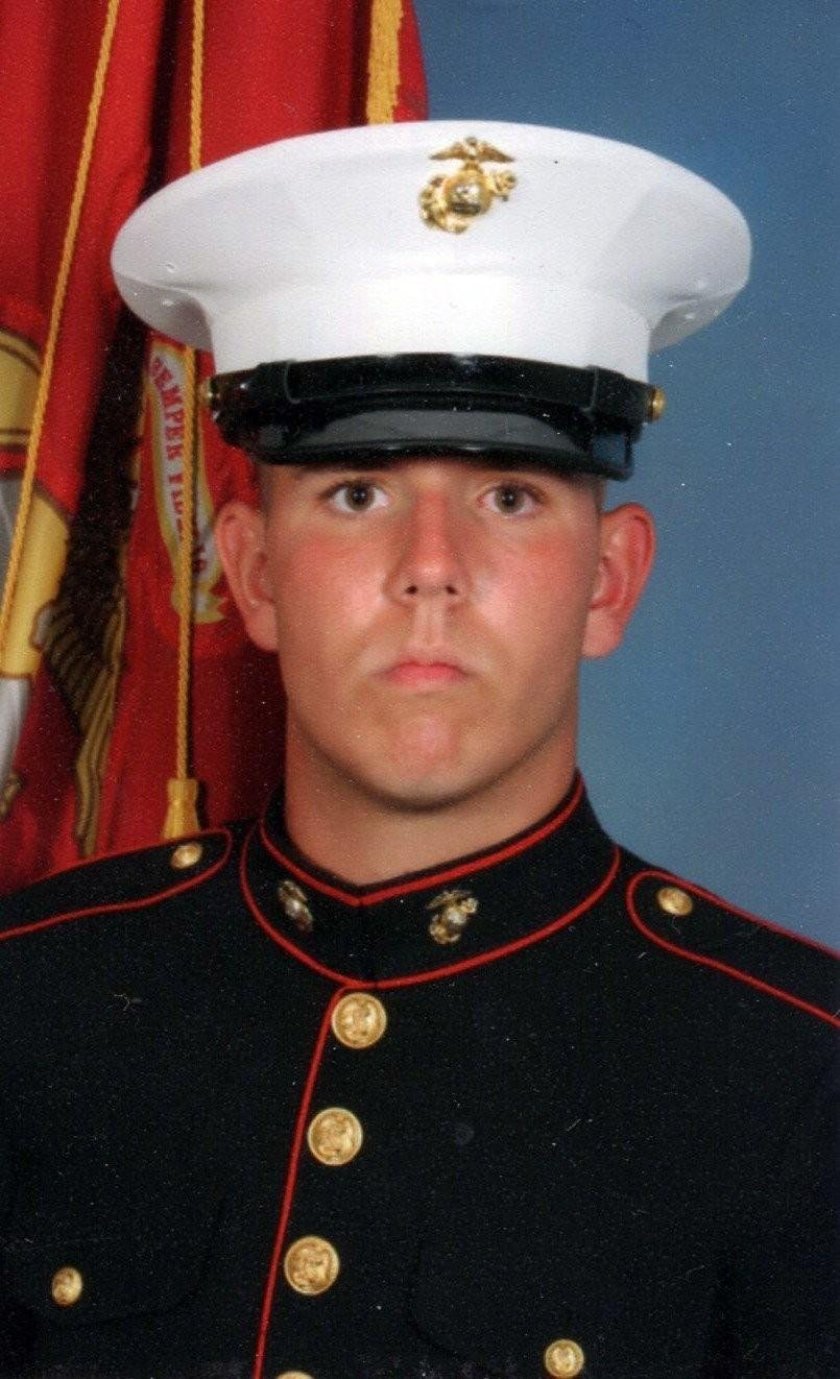 SSgt Louis "Louie" F. Cardin joined the Marine Corps in 2006. He had previously deployed to Iraq in 2007, and three deployments to Afghanistan. As an artilleryman he served at both Camp Pendleton, CA and Camp Lejuene, NC.

In March, his expertise was needed in Iraq, again.

Quietly, Cardin was flown into northern Iraq with about 100 other Marines and four artillery cannons from the 26th Marine Expeditionary Unit.

The Marines were staged on the Kearsarge and two other amphibious warships in the Arabian Sea, waiting for the call if it came.

The war against the jihadist group called the Islamic State, or ISIS, was poised to heat up. Iraqi and Kurdish troops were marshaling strength to challenge ISIS in its stronghold of Mosul.

Cardin went to a small fire base 50 miles outside Mosul.

The Marines and their cannons were supposed to provide extra protection against ISIS — even though the United States is trying to keep American troops to a minimum, after pulling out in 2011.

Instead, ISIS fired rockets at the Americans. U.S. radar provided some warning, and the Marines ran for cover when warning sirens sounded, according to a New York Times account. One rocket missed, but another hit near Cardin. He took the worst of it, in the chest. Eight other Marines were wounded.

His mom said Louis, the second youngest of seven siblings, was raised to keep an eye out for others. "He heard from the time he was little, 'Watch that baby's safety margin!'" Pat Cardin said. "I didn't realize it, but I was raising my kids to be Marines. In other words, making all your kids aware of watching their surroundings and watching out for the younger ones," she added.

Sometimes, like many Marines facing down combat, Louis Cardin talked about when death would come. He wanted to die in the line of duty. But that wasn't all. Cardin told people he wanted to go out in such a blaze of glory that it would make Chesty Puller, the most decorated Marine in American history, roll over in his grave.

Excerpts from the original article : https://www.baltimoresun.com/sdut-hero-louis-cardin-marine-2016may26-story.html

Dr. Dave Johnson’s warning on brute force in the Ukraine: “This is What the Russians Do” May 3, 2022 by Dr. David E. Johnson PhD Outlaws outside: One Battery's Method to Win at the Point of Contact April 28, 2022 The Brigade Deep Battle April 9, 2022 Field Artillery through the eyes of a Cadet Troop Leadership Cadet March 30, 2022 Keep a daily journal March 24, 2022 by Joe R Worley
×