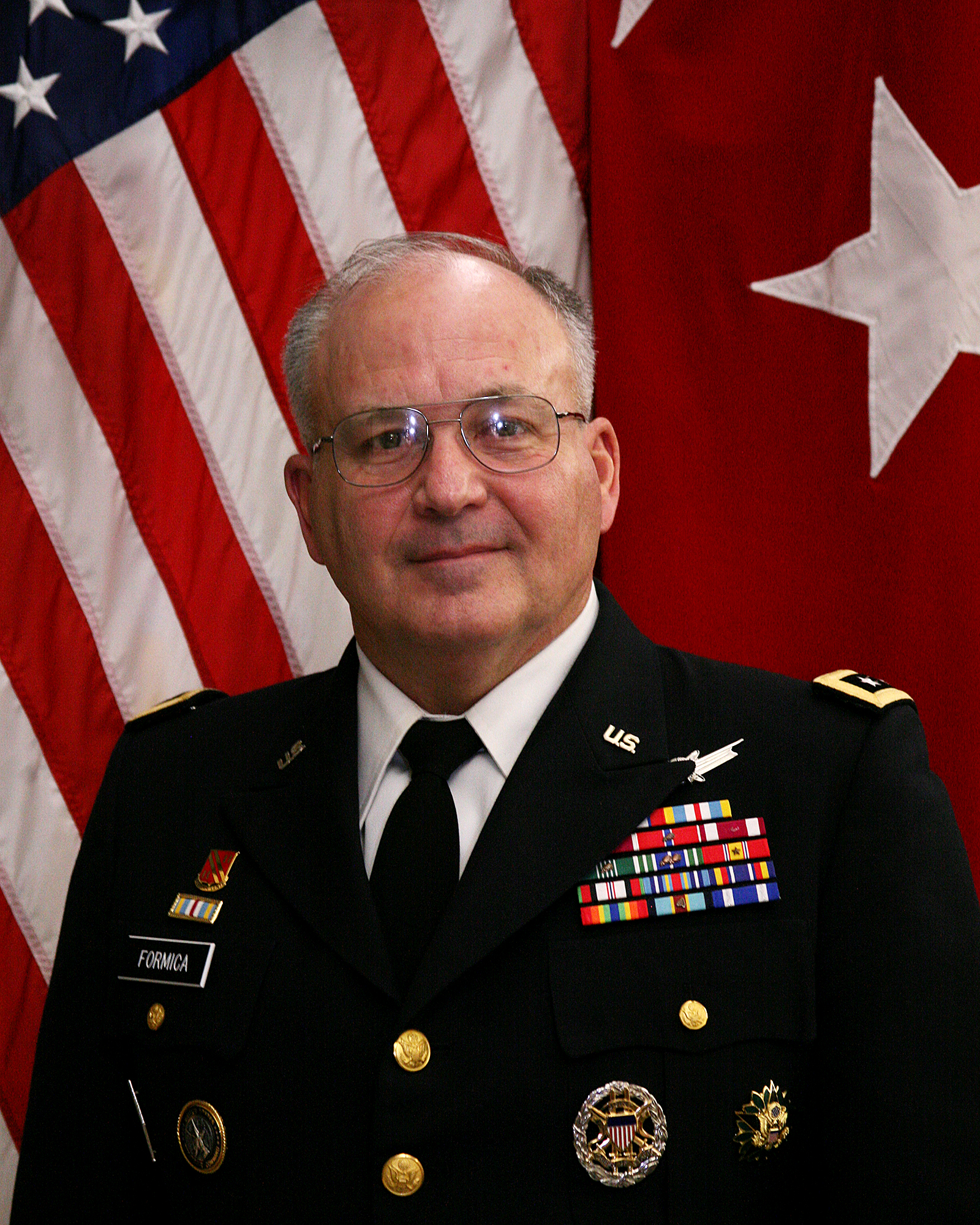 On April 4th, 1955, John and Barbara Formica welcomed their second of five sons to their home in  Cheshire, Connecticut. Young Richard attended Saint Bridget’s Catholic Church growing up and  Cheshire schools from elementary to high school graduation in 1973. His father passed in a tragic accident when Richard was only nine years old however Richard’s mom was a strong, wonderful,  loving woman up for the calling to raise her five sons.

Richard loved baseball but wasn’t especially gifted in the skills of a successful ballplayer. It is said that throughout little league and junior high, he was the kid they put in the right field in the 7th inning. It didn’t tamper with his love for the game, yet upon entering high school Richard focused his efforts in other directions – mostly student government. He served as Vice President of his sophomore, junior, and senior classes, inaugural Student Representative to the Cheshire Board of  Education, served on Student Council both junior and senior years and was founder and president of the Give a Damn Club which focused on service to the community.

All while working a variety of part-time jobs Richard served as Manager of Track and cross country teams -under Coach Ron MacReavy, a wonderful man who became one of his early male role models. After high school Richard was off to Bryant College (today Bryant University) in  Smithfield, RI, however ended up in the ROTC program at nearby Providence College, having earned a three-year ROTC scholarship and was designated a Distinguished Military Graduate. He was a student manager in the college cafeteria and a Resident Assistant for three years.

College graduation came in 1977 with a BS in Law Enforcement, and Richard was commissioned as a second lieutenant in Field Artillery his first branch choice. Like many young lieutenants, his plan was to serve his four-year obligation only …then get out and pursue a career in federal law enforcement or government. After a short stint snowboarding at Allied Liaison Division, Richard attended the Officer Basic Course where he sponsored 2LT Nabulwa Muganguzi (na BULE uh mu  GONE goo zee) from Zaire now known as the Congo. Following the basic course, he attended  Cannon Battery Officer Course.

Richard was then off to Germany for initial assignment in 2d BN 33rd FA, 1st Infantry Division for 4  years serving as a Forward Observer, Assistant Executive Officer/Fire Direction Officer, Executive  Officer, Battalion Special weapons Officer, then Battery Commander. In this assignment, Richard discovered the satisfaction of serving something bigger than himself, enjoyed the camaraderie of battalion life, and gained a profound respect for the US Army. He was “hooked” and there was no getting out. He made several life-long friends including Rhett Hernandez (LTG, US Army Retired)  and his wife Pat…with whom he subsequently served alongside on almost every assignment. Dick then attended the Officer Advanced Course where he met Captain Dave Hampton. They became fast friends and supported each other through the advanced course. Two weeks before graduation, Dave’s baby sister, Diane, came out to visit. Dick and Diane fell in love at first sight.  Diane went back to Lexington, KY to complete her student teaching requirement at UK and Dick went to his next assignment at United States Military Academy at West Point. They were engaged three short months later and married 4 months after that at Davidson College, Davidson NC. The hardest part for Dick was calling Diane’s dad, COL Dave Hampton, and asking to marry his daughter before having met him for the first time. Thank God, he said yes!

Dick spent three years at USMA. One year as the action officer for Foreign Academy Exchange  Program and two years as S3, Cadet Basic training. He had arrived at USMA a bachelor with a two-door Volvo. He left there with precious cargo – a wife, two sons- Jeffrey and Jonathan, a dog,  and a station wagon. He’d been told it would be a good Family assignment.

The Formica family’s first tour at Fort Hood found Richard assigned to the 2nd Armored Division.  Here he learned all about Fire support and fighting with fires during several NTC rotations and warfighter exercises. In HHB DIVARTY, the Formica's discovered the importance of taking care of  Soldiers and Families…and learned about Family Support groups. Met and served with then-Major  Larry Adair and wife Maria and Major Dave Ralston. By the time they left Fort Hood, the Formica  family tree had sprouted two more branches, James and Michelle. It was during this duty the family joined the United Methodist Church and have been Methodists ever since. Richard attended  Command and General Staff College at Fort Leavenworth. He then earned a Master’s Degree in  Military Arts and Sciences (MMAS) – his thesis a doctrinal analysis of Fire Support for the Aviation  Brigade.

In 1990 the Formica's returned to Germany, assigned to the Third Infantry Division. Here, Richard again  served with LTC Adair, LTC Ralston…and served with COL Lee Baxter and his wife Terry who  became mentors to Diane and Richard for the rest of his career.

The Formicas returned to Fort Hood in 1994 to serve a battalion command under DIVARTY  commander COL Larry Adair. The sister battalion commander was his good friend, Rhett  Hernandez. Next was the first assignment to Washington, DC for attendance at the National War  College. Richard earned his Master’s Degree in National Security Strategy then served a year as  Branch Chief in Army Force Management.

The family welcomed in the new millennium from Fort Stewart Georgia where they’d returned to the  3rd Infantry Division for Richard to serve as DIVARTY Commander/Division Fire Support  Coordinator. This was a high intensity assignment of warfighter exercises deployments and NTC  rotations for the DIVARTY and its three Direct Support Battalion. After DIVARTY command the  family returned to Washington DC to serve on the joint staff/ J5 as Assistant Deputy Director, then-Acting Deputy Director of Political-Military Affairs NATO-Europe.

Courtesy of the  Red, White and Blue

In 2002, the Formica family returned to Fort Sill as Richard became Commanding General of the III  Corps Artillery. III Corps was training troops to fight to defend the Korean peninsula, completed  two Ulchi Focus Guardian exercises, served as the force provider for twelve battalions that  deployed to Iraq for Operation Iraqi Freedom. The loss of twenty soldiers killed in Iraq carried a  profound impact. Richard was very grateful for the presence of his Battle Buddy: CSM Willie Byrd and his wife, Michelle. The Corps Artillery Headquarters deployed with Headquarters III Corps,  where Dick served as III Corps Artillery Commander and Joint Fires Effect Coordinator. During that  time at Fort Sill, the Formica's developed a keen appreciation for the Armed Services YMCA which  supported the soldiers and families in their trust.

The next assignment returned the family to Washington DC 2005 – 2008 as longest-serving Director of Force Management, HQDA G3. It was a time to transform the Army to modularity, grow the  Army, and implement Army Force Generation to meet the demands of Operation Iraqi Freedom and  Operation Enduring Freedom.

In 2008, Richard became Commanding General of the Combined Security Transition Command –  Afghanistan. In this capacity, he developed the Afghan National Police and Afghan National Army.  The loss of 45 soldiers, sailors, and airmen killed there emphasized the importance of the mission.  Upon returning to the states, Dick spent a year in DC waiting to take command of the Space and  Missile Defense Command.

As Commanding General of the US Army Space and Missile Defense Command, Lieutenant General  Formica’s last few years of active duty were in Alabama and Colorado Springs. During this time, the  Command sponsored and hosted numerous activities with local Survivor Outreach Services (SOS),

Gold Star Families, TAP, and numerous Veteran Service Organizations. Dick was responsible for providing Space and Missile Defense capabilities to the US Army, US STRATCOM, and other combatant commands.

God of Our Fathers

The decision to retire came in 2013, and Dick, with the love of his life for 34 years –Diane, settled in  Clifton, Virginia. Over the course of the years, three daughters-in-law and a son joined the family:  Ashley, Andrea, Melissa, and Vince along with the blessings of seven grandchildren: Eliana, Rylan,  Kennedy, Christopher, Joshua, Lilyana, and Anthony. Every morning at 0500 Dick walks with his retirement gift from Diane – a four-year-old Brittany spaniel named “Molly” of course! He serves as  Vice President, Defense Accounts, CALIBRE Systems in Alexandria, Virginia. He also serves as  President of the Capital Cannoneers Chapter of the FA Association, is active in the George  Washington Chapter of the AUSA, and is President of United Methodist Men, Centreville United  Methodist Church in Virginia. He is a life member of AUSA, FA Association, ADA Association, and the Army Space Professional Association. 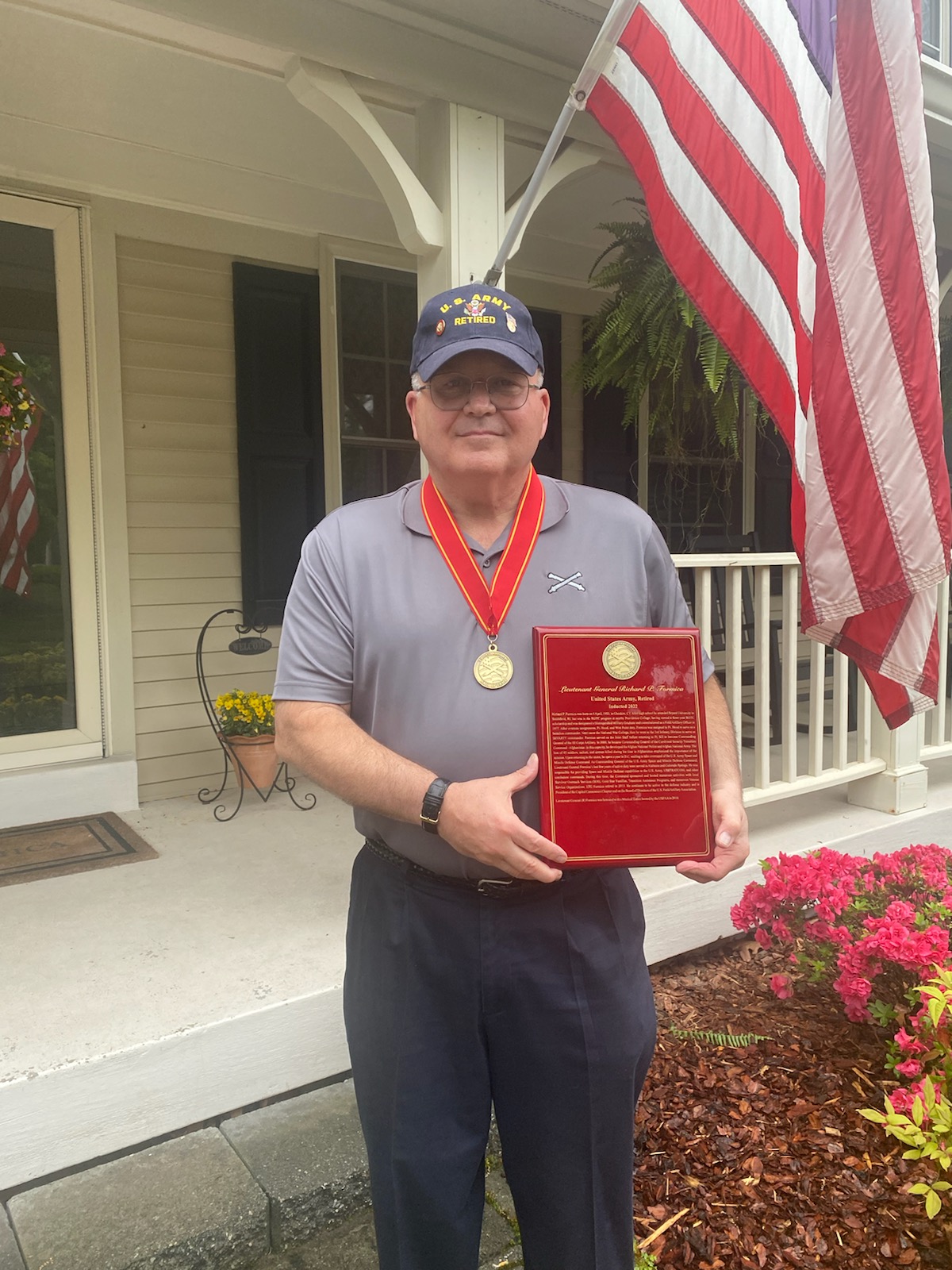 LTG (R) Richard P. Formica was inducted into the US Field Artillery Hall of Fame in 2022.