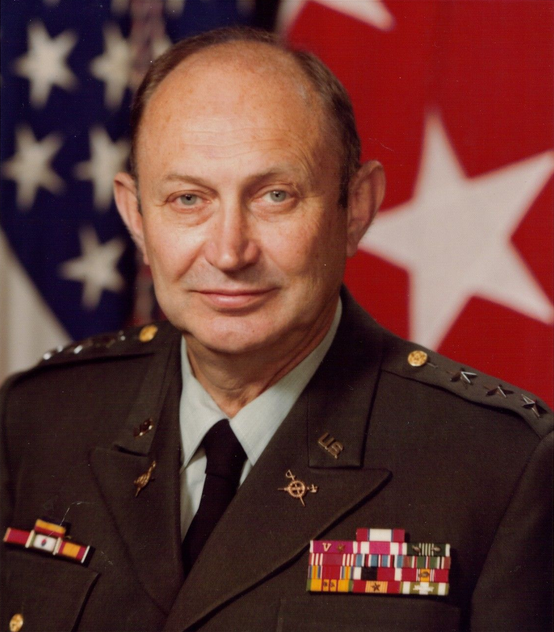 Lieutenant General Richard Greenleaf Trefry, born 6 August 1924 in Newburyport, Massachusetts, is a distinguished 33-year veteran of our Army, a premier Field Artilleryman, and an exceptional leader.

He attended the United States Military Academy at West Point, graduating in 1950 with a commission in the Field Artillery.

His first years in the Army were spent in Alpha Battery, 70th Field Artillery Battalion, in Germany, serving as a Reconnaissance and Survey Officer. Following duty in Europe, Lieutenant Trefry reported to The Artillery School, Fort Sill, Oklahoma, where he was promoted to Captain and instructed artillery tactics. Captain Trefry's acumen for teaching soldiers was not lost on the Army. He spent a further three years teaching at the Engineer School at Fort Belvoir, Virginia.

In 1958, Captain Trefry reported to Korea, “The Land of the Morning Calm,” where he commanded a battery of the 1st Battalion, 31st Artillery. He then returned to the Military Academy at West Point, this time as a Tactical Officer in the Second Regiment of the Corps of Cadets.

Major Trefry was rewarded for his outstanding performance at West Point with a "hardship” tour at Schofield Barracks, serving in the Headquarters of the US Army in Hawaii.

After attending the U.S. Army War College, Carlisle Barracks, Pennsylvania, in 1969, Colonel Trefry assumed command of the Division Artillery, 1st Armored Division, Fort Hood, Texas. Remaining at Fort Hood, Colonel Trefry then became the Chief of Staff, 1st Cavalry Division. His service with troops at Fort Hood clearly marked him as an officer with exceptional potential for service at much higher levels of responsibility.

The Stars and Stripes Forever

In 1973, shortly after arriving in Bangkok, Thailand, to be the Deputy Chief of the Joint U.S. Military Advisory Group, Colonel Trefry was promoted to Brigadier General. This assignment was followed with duty as the Defense Attache in Vientiane, Laos. In both positions, General Trefry was the principal military advisor to the United States Ambassador to Laos.

His next assignment was in Washington D.C., where he would spend the remainder of an illustrious career. He served as the Director, Human Resources Development in the Office of the Deputy Chief of Staff for Personnel and, in 1975, became the Assistant Deputy Chief of Staff for Personnel, U.S. Army, continuing a tradition, even at the highest levels of the Army, of taking care of soldiers. In 1976, Major General Trefry became the Director of Management, Office of the Chief of Staff, U.S. Army.

General Trefry became The Inspector General of the Army in 1977 and was promoted to Lieutenant General in 1978. He spent six years providing leadership and direction for the organization responsible for reporting to the Army Chief of Staff and the Secretary of the Army on all matters pertaining to the efficiency, economy, morale, discipline, and esprit of the Army.

General Trefry's outstanding contributions to the Army and its soldiers did not stop upon his retirement in 1983. He has been a consultant to a variety of military and civilian organizations and, more recently, served as the Military Advisor to the President, heading the White House Directorate of Military Affairs Office.

Thanks For The Memory & The Army Song

Always the consummate leader, soldier, and statesman, General Trefry truly sets the example for us all. His contributions to our nation are both numerous and invaluable, and he has earned respect and admiration of leaders worldwide. He has undoubtedly helped forge the future of the Army and the Field Artillery. General Trefry, we of the Field Artillery salute you -- with a tune Redlegs will always remember as their anthem! 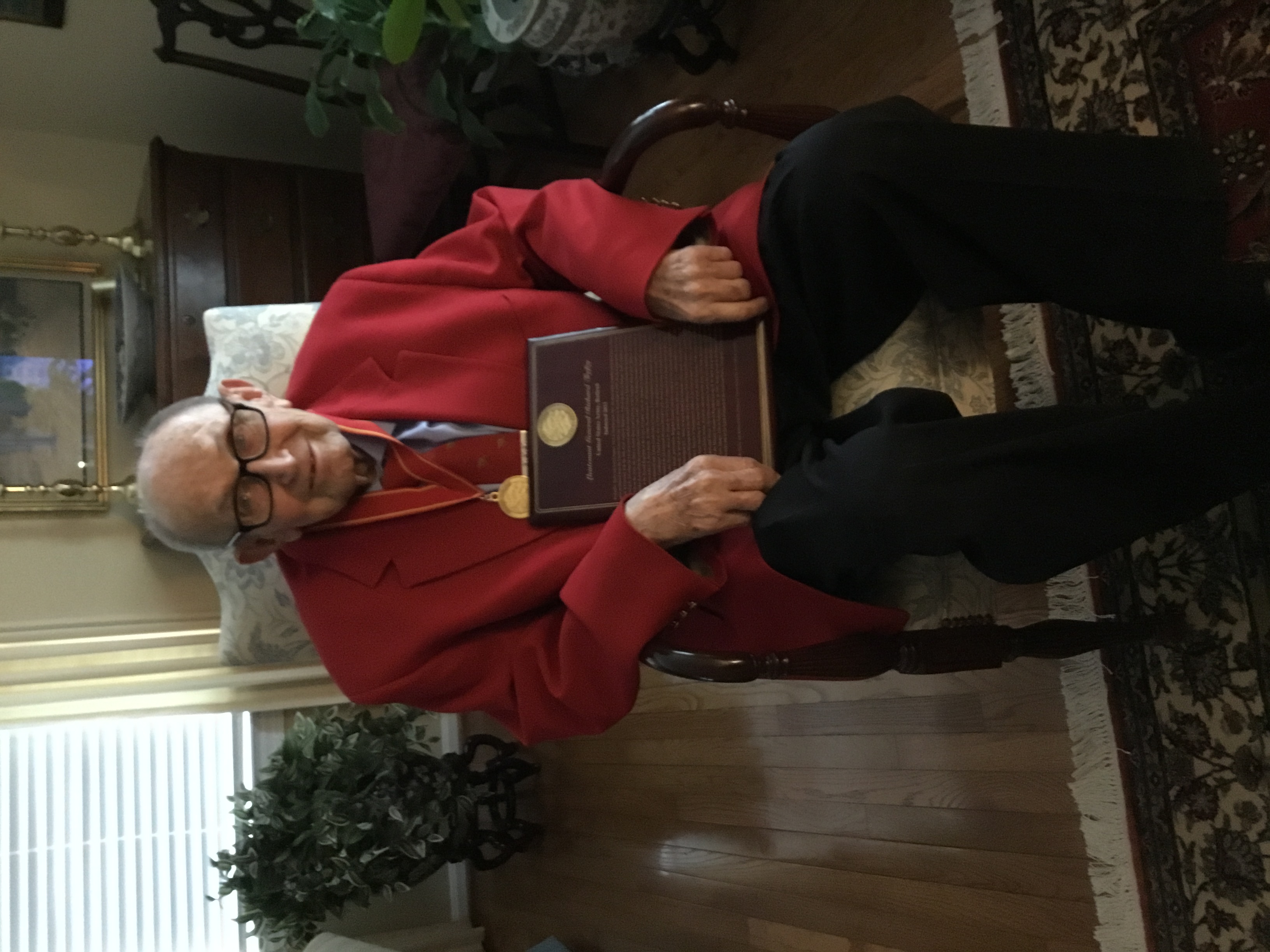 LTG (R) Trefry was inducted into the US Field Artillery Hall of Fame in 2022.