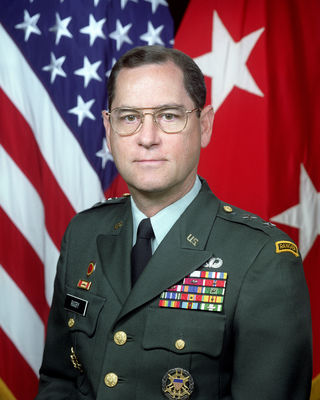 Randall Logan Rigby, Jr. arrived in the world on the ninth of November 1945 in Texarkana, Arkansas to Randall and Francis Rigby. As the firstborn of four siblings, Randy learned to take charge at an early age - leading his sister, Mona Kay, and brothers Micky and Robert in the rules, standards, and guidelines of the family home.

Randy attended the primary grades of school in Cleburne, Texas. In fourth grade, the family relocated to Lawton, Oklahoma and this is where he attended school through his second year of college. Football, baseball, track, Letterman Club, Tri-High-Y, and working at the athletic office and his father's business - Lintz Department Store- kept the young Randy busy and focused. He earned an ROTC scholarship and completed his bachelor's degree at Oklahoma State University.

Freshman year at Cameron, the lovely Carol Ann Young caught Randy's eye. Although they'd both attended Lawton High senior year, he'd not met her there. She was an Army brat, born at Fort Sill, and had lived in faraway places. By Christmas break of their freshman year, they were dating steadily. Randy proposed to her the summer before their senior year at OSU, He was leaving for training at ROTC summer camp and thought it best to make his move before someone else did. Married a week after graduation from OSU, there was no time for a honeymoon as the Basic course was starting and there were lots of things going on in the world in 1968.

First tour for the young Rigby family was 1/37th Artillery in Alaska. This is where Randy and Carol added a new title to their resumes - that of “Dad" and "Mom". Firstborn, Mark, arrived when Randy was a 1st Lieutenant and battery XO. March of 1970 called Randy to Viet Nam as an Assistant S-3 2/19th Artillery, 18 Cavalry Division. By June, he'd become CPT Rigby and served his first battery command until March of 1971 when he was called back to Fort Sill as an instructor at the Field Artillery School. Next stop was the Marine Corps Amphibious Warfare Course at Quantico.

March of 1973 brought the Rigby's to Norman, Oklahoma where Randy was first Assistant Professor of Military Science, then later a graduate student at the University of Oklahoma. It was during his time as a grad student that his daughter, Jennifer, came along for the ride. With his Master's Degree complete, Randy was off to West Point, New York to work as first an Instructor, then Assistant Professor, and later Director of the Cadet Counseling Center.

The next stop for then MAJ Rigby was Korea as the S-3 Operations Officer of 2nd/17th Field Artillery, 2nd Infantry Division before attending the Command and General Staff College at Fort Leavenworth, Kansas. As the middle of the U.S. roasted in one of the hottest summers on record in 1980, orders for Germany were a welcome sight! Randy served first as Executive Officer for the 6th 10th Field Artillery and then SGS for the 7th Army Training Command.

The Rigby's then returned to Fort Sill in May of 1983. It was still hot, but it was home and after winters in Germany, the warmth welcomed them as Randy was promoted to LTC Rigby and became X o of the 212th FA Brigade and later S-3 of III Corps Artillery, In December of 1984 he became Commander of the 44th Field Artillery before assuming responsibility as Deputy Commander of the Field Artillery Training Center, Four years at one station felt like a luxury to the family. The East Coast was the next destination for the Rigbys - beginning with the War College at Carlisle Barracks, Pennsylvania and followed by serving in the Program Development Division of Program Analysis and Evaluation, Office of the Chief of Staff in Washington DC where Randy earned the rank of Colonel before heading to Alaska again, this time to command the 6th Infantry Division Artillery at Fort Richardson. During this time, Mark was studying at the United States Military Academy at West Point as Jennifer was completing her high school education.

It was back to Washington DC and while serving as Executive Officer to the Vice Chief of Staff, then as Deputy Director for Assessment, J-8, The Joint Staff, Randy earned his first star as Brigadier General. The Rigby nest emptied as Jennifer began her undergrad studies at the University of Oklahoma before attending veterinary school at Oklahoma State and Mark was serving his five-year tour. BG Rigby was selected as Deputy Commandant of the Command and General Staff College at Fort Leavenworth to be followed by becoming Major General and Commanding General of the US Field Artillery Center and Fort Sill. Major General & Mrs. Rigby were welcomed back to the Lawton- Fort Sill Community with open arms! After working over 18 years in various jobs while managing 23 moves in 28 years, Carol became a full-time military wife during this assignment and served on the boards of 20 organizations in the Lawton-Fort Sill area, all while also making frequent public speaking engagements. The Rigbys were glad to be home, and "home" was happy and proud to have them back.

As tends to happen in military life, another move was on the horizon and this time it was back to Washington DC as Director of Program Analysis and Evaluation, for the Office of the Chief of Staff.  At the completion of this assignment, Randy was off to the US Army Training and Doctrine Command as Deputy Commanding General at Fort Monroe. It was a fast-paced time of change as technology and the Army Battle Command System became more prolific in the force. In October of 2000, the Rigbys made the decision to retire after 32 years of dedicated service to the United States. The retirement ceremony took place at Fort Sill - a choice that was easy to make as it was their home, where they began.

After retirement LTG(R) Rigby started consulting but soon was asked to work with Sandia National Laboratories in highly classified programs for both the Department of Defense and the Department of Energy. He also served six years on the Army Science Board, In 2013 he was asked to join the board of The Federal Savings Bank, headquartered in Chicago. He also serves on the board of MOAA. He helped initiate the Mission Readiness Program in Illinois, advocating for early childhood education, physical fitness, and well-being for the youth of the state. LTG(R) Rigby is also on the Army Educational Advisory Committee. After 52 years Carol remains the love of his life as they enjoy their four grandsons and granddaughter. Randy enjoys golf, flyfishing, painting, traveling, hiking, bike riding, and watching grandchildren grow.