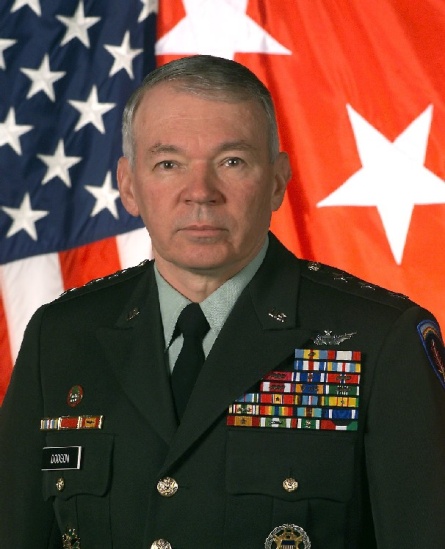 Michael Lee Dodson was born on the 16th day of November 1945 in Oklahoma City, Oklahoma. His father, Tom, was a WWII bomber pilot and his mother, Shirley, was living with her sister and brother-in-law. Upon Tom's discharge from service, the family returned to their home in Colville, Washington.

Young Mike Dodson enjoyed all the advantages of living in a small town with tremendous freedom to roam and all the adventures that freedom entails, yet constrained by the knowledge that everyone knew who he was and wouldn't hesitate to report any improprieties to his parents. Under the umbrella of safety and security that Colville provided, he enjoyed school athletics, little league baseball, hunting, and fishing - just about any adventure a young boy could dream of - with a group of friends that was together from grade school through high school graduation. A core of this group of friends had known each other so long, they knew what each other was thinking, which gave them a tremendous advantage in sports. Some of his most memorable times were spent competing in sports, particularly football where his team experienced two years undefeated. The family cabin on Lake Thomas provided not only water and sunshine but great solace as well. There was nothing better than an early morning sunny spot where he could watch the mist rise from the lake.

Theme from A Summer Place

The terrific teachers and coaches of Mike's youth prepared him well for life as an adult. As he departed Colville for the University of Washington, nothing could have prepared him for a freshman class that was more populated than the entirety of Colville High School. Although well prepared, he found a few distractions there; athletics and other interests were worthy competitors for academics. His best friend lured him to check out Army pilot training and he was hooked. Training and Fort Wolters, Texas, and Fort Rucker, Alabama was made easier by his experience growing up around small fixed-wing aircraft.

I Want to Hold Your Hand

The next major phase of his life began when he married Diane. Mike characterizes his marriage as the marking of the beginning of the best part of his life.

Ballad of the Green Berets

He deployed to Viet Nam as an attack helicopter pilot in the 334th Armored Helicopter Company, the first attack helicopter in the Army. It was his good fortune that most of the pilots were on their second tours, so he learned from the best. As an instructor pilot and standardization instructor pilot at Hunter Army Airfield, he trained future pilots and future instructor pilots in the Cobra. Under the instruction of the 1LT Les Pal, USMC, Mike completed the Artillery Basic Course at Fort Sill before departing to another tour of Viet Nam, this time with the 2-20th Aerial Rocket Artillery, 1st Cavalry Division again fortunate to find himself in a mix of experienced pilots. It was during this tour that Mike met then Colonels Vuono and Cannon, the XO and CO of the Division Artillery.

Blowin' In the Wind

After finding himself once again at Fort Sill for the Advance Course, Mike was assigned to the S-3 of III Corps Artillery, assisting with Artillery, Tests, evaluations, and exercises and spent time at Fort Hood and a much more primitive Fort Irwin. This was followed by a battery commander assignment of C Battery, 2nd Bn, 1st FA with a great deal of time in the field supporting the Field Artillery School. After a stint as S-3 of the Aviation Battalion, he was off to C&GS and a great year with superb instructors.

Next came the Dodson family's first assignment to Germany and the continuation of a pattern where Mike would go to the new assignment and Diane would do all the hard work of moving the furnishings and their daughters out of the old house and into the new. It was quickly learned that this was one of those jobs that only one of them could do.

In Babenhausen Germany Mike was assigned as the S-3 working for COL Joe Lucas. The 2nd-5thFA was a 175mm unit and one of only two non-nuclear capable units in the V Corps Artillery. There were challenges with personnel in those days and Mike will forever remember CSM Thornton booming "Faithful and True" across the quadrangle. The excitement really began as the 2-5 FA converted to an 8-inch and became nuclear qualified. As that came to completion, Mike was moved to the S-3 of the 41st FA Group commanded by then COL Gus Cianciolo and began a conversion of the unit to a Brigade structure. This included a transition to TACFIRE across the Brigade and countless training events and trips to Graf and Wildflicken for exercises and gunnery.

The first assignment to the Pentagon came next and once again Diane did the house hunting and the move while Mike moved into the War Plans Division of Strategy Plans and Policy in DCSOPS working with COLS Griffith and Hartzog. While XO for BG Dawkins and then MG Sweitzer, Mike was selected to command the 3-16th FA in Baumholder, and once again Diane mobilized to move.

Eye of the Tiger

The 3-16FA was a composite 8" and MLRS unit and still carried a nuclear mission and all the excitement that goes with that. Armed with a great command team including CSM Bennie Morant and then Majors Morgan and Martin, Mike completed many exercises, the highlight of which was the Winter REFORGER during the coldest winter since 1958. During this same tour, the two older Dodson daughters went off to college at Washington State University.

Candle in The Wind

The Dodsons were happy to be selected for the National War College in Washington, which also meant a move back into their own home. This was quickly followed by an assignment to J-8, Joint Staff which had just been formed from J-5. Mike was made Division Chief of the Integration Division and was involved in producing the first Military Net Assessment and then the INF and START treaties while working with MG Grenolds of the USMC and MG Robinson.

1st Infantry Division Artillery at Fort Riley was the next duty, highlighted by a deployment of the Division to Desert Storm under the command of MG Rhame. Mike was supported again by a great command team including CSM Manning, then LTCs Lingamfelter, Emerson, Gingrich, and then Majors Cuff, Madden Cardenas, and Hill. During the preparatory fires for the beginning of the attack, the Divarty, supported by the 1st British Division Artillery and four US Field Artillery Brigades fired more rounds than had been fired in any operation since World War II. Upon return of the Division to Fort Riley, Mike was then asked to be Chief of Staff for then MG Hartzog, followed by serving as XO for GEN Reimer at FORSCOM presenting a great opportunity to visualize how the Army worked across all components; Active, Reserve and National Guard.

The Caissons Go Rolling Along

At Fort McPhearson Mike learned of his selection to command Ill Corps Artillery, an assignment that provided a unique opportunity for high-quality training due to four nearly similar Brigades that could cycle through four separate phases of training and readiness. It included numerous trips to Fort Hood, Fort Irwin, Twenty-nine Palms, and White Sands and the beginning of a great association with CSM Dick Young and his wife Betsy.

God of Our Fathers

From Fort Sill, the Dodsons moved to Command Fort Riley, Kansas. The reorganization and restationing of the 1st Infantry Division and the training of two Brigades and deployment of the first CONUS unit to Bosnia highlighted this assignment. However, the assignment was abbreviated by a move to be J-3 of CENTCOM under the command of USMC General Zinni. Tropical Tampa Florida was a welcome respite after the snow of Fort Riley, and as they moved into the VOQ, Mike began his nearly 24-hour a-day attention to the operations in Iraq as well as operations across the area, the gulf, the horn of Africa, and the "Stans” - the states of the Former Soviet Union. A year later Mike was chosen to be the Deputy Commander in Chief, however, operations across the area didn't diminish.

Mike assumed command of the NATO Stabilization Forces in Bosnia. After three days in Heidelberg, Diane was left to set up quarters as he forward deployed to the NATO base near Sarajevo. Every dimension of this assignment was fascinating; the command structure included NATO, the UN, the High Commissioner, OSCE, and any number of NGOs. Bosnia had three ethnic divisions - Serb, Croatian, and Muslim, two entities - Re public Serbska and the Federation and a President from each ethnic division rotating through six-month terms - certainly not the norm. The command was tasked with making the militaries more professional, reducing their size and armaments, and performing any number of nation-building initiatives. SFOR was a Corps-sized command and had three multi-national divisions - one US and Russian, one British and Canadian, and one French, German, Italian and Spanish. Eighteen different nationalities staffed the headquarters. BGs Bargewell and Petreus ably led the Operations section.

Soon Mike and Diane found themselves happily reunited in Heidelberg when he became DCG of USAREUR. Three days later the events of 9-11 quickened the pace and life on the Kaserne became much more confining. USAREUR was instrumental in the support to forces going into Afghanistan, then trained the forces in Europe for trag, worked on the attempted deployment of the 4th Infantry Division through Turkey, then mobilized and deployed elements of V Corps and the 173rd.

Thanks for the Memories & My Way

At some point, á decision to retire arrives and this was the time. Mike and Diane selected the quiet of Manhattan Kansas in order to chart their future course. Since then Mike has joined Bechtel Corporation, affording him the opportunity to be near soldiers for another two years, gradually weaning him from military life. Through countless moves in their thirty-seven years in the Army, they have considered the opportunity to lead and look after soldiers, sailors, airmen, and marines and their families a singular privilege. Mike considers the most significant impact on his life to be family; beginning with his parent's encouragement and discipline, his brother and sister who gave love unconditionally, Diane - who has given love and care regardless of his shortcomings and his three daughters who have grown to be terrific women strengthened by the experience of life in the Army.