Tattoo of LTG John A. Dubia
US Army, Retired 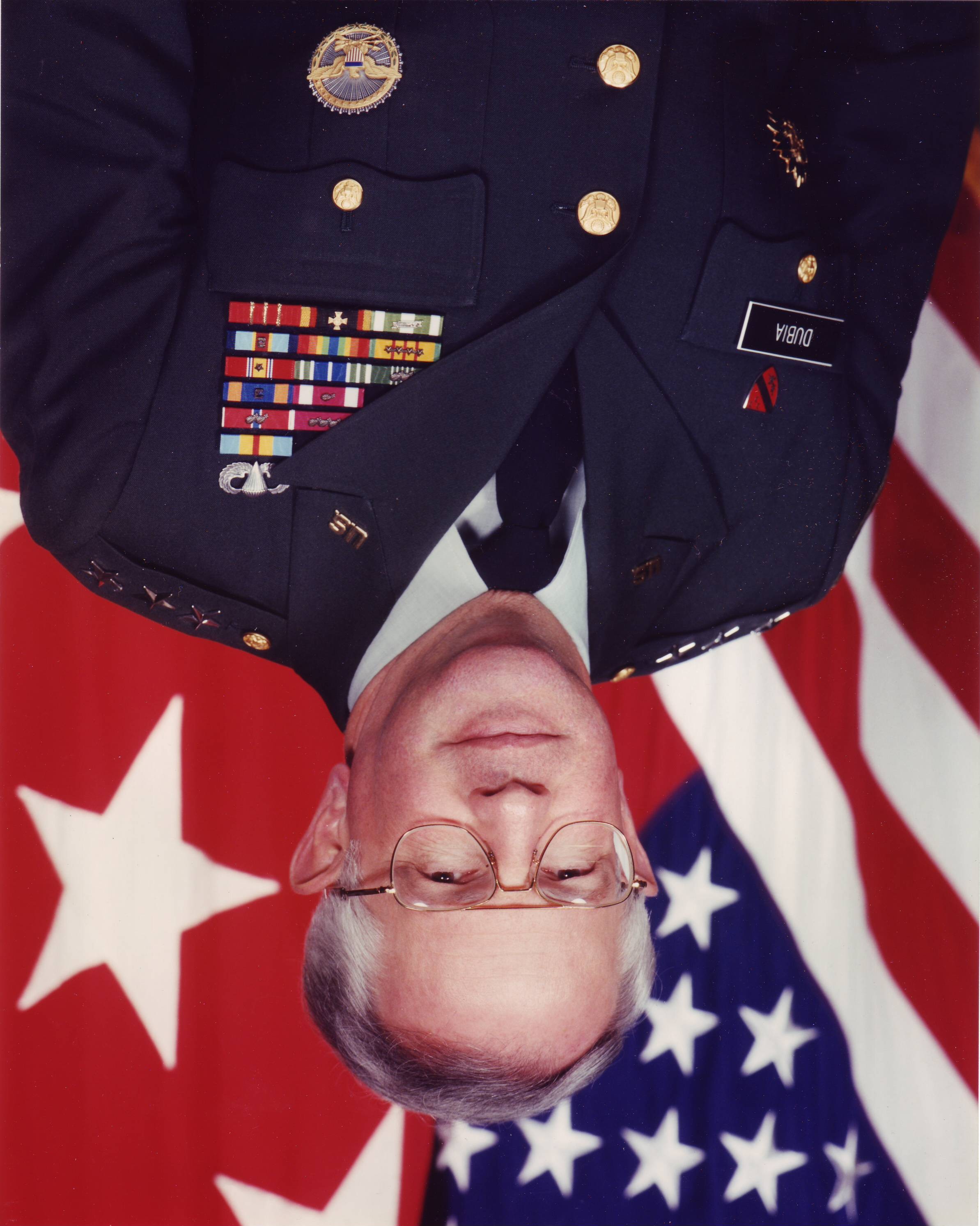 John A. Dubia was born July 17, 1943, in Dayton, Ohio, the son of an Army officer. He attended Georgetown University before entering the United States Military Academy at West Point, New York. Upon graduation in 1966, he was commissioned a second lieutenant of the Field Artillery.

His first assignment was with Battery C, 1st Battalion, 78th Field Artillery Regiment, 2nd Armored Division in Fort Hood, Texas. There he served as an Executive Officer and later, Commander. While stationed at Fort Hood, he married Maureen McDonough from Connecticut. Before leaving Fort Hood, he would become Aide to the III Corps Chief of Staff.

Captain Dubia was assigned to 1st Battalion, 7th Field Artillery Regiment, 1st Infantry Division, Republic of Vietnam, where he served as the Assistant S-3 (Operations) and later, the Commander of Battery A, 1st Battalion, 7th Field Artillery Regiment. He was also assigned to the 2nd Brigade, 1st Infantry Division as the Brigade Fire Support Officer while in Vietnam. While he was in Vietnam, Maureen gave birth to their first son, John, Junior.

In October of 1969, Captain Dubia entered the Infantry Officer Advanced Course at the United States Army Infantry School at Fort Benning, Georgia. Upon graduation from both the Infantry and Field Artillery Officer Advanced Course, he became Assistant Professor of Military Science at the University of South Dakota in Vermillion, South Dakota. While there he earned his Master's Degree in Business Administration. He also helped welcome another son, Michael.

After leaving South Dakota, Captain Dubia headed to Texas to serve as the Assistant S-3 (Operations), 2nd Armored. Division Artillery at Fort Hood. In 1973, the third Dubia son, Christopher, was born. Captain Dubia took command of the Headquarters and Headquarters Battery of the 1st Battalion, 78th Field Artillery Regiment. He then assumed the duties of the S-3 (Operations) of the battalion.

Following his June 1975 promotion, Major Dubia attended the United States Army Command and General Staff College in Fort Leavenworth, Kansas. After completion of the Command and General Staff College, he was assigned to the United States Army Personnel Center in Alexandria, Virginia, as the Joint and Staff Assignment Officer. Major Dubia then served as the Coordination, Analysis, and Reports Staff Officer for the Chief of Staff of the Army at the Pentagon. Following that he was Special Activities Team Staff Officer in the same office.

Major Dubia's next tour was overseas in Germany where he was assigned to 1st Armored Division Artillery, United States Army Europe, as the S-3 (Operations). It was during that assignment, he would be promoted to Lieutenant Colonel. He then assumed command of 1st Battalion, 22nd Field Artillery Regiment, 1st Armored Division Artillery in Germany. Upon completion of command, he was chosen as the Assistant Chief of Staff, G-1 (Personnel) for the Division.

Upon returning from Europe, Lieutenant Colonel Dubia became a student at the Industrial College of the Armed Forces at Fort McNair in Washington, DC. After graduation, he was the Chief of the Executive Actions/Congressional Team with the office of the Chief of Staff of the United States Army. In April 1987, while in the position of Division Chief of the Executive Actions Division, Lieutenant Colonel Dubia was promoted to Colonel.

Colonel Dubia's next tour took him back to Europe to command the 1st Armored Division Artillery. While there, in March of 1990, Colonel Dubia became the Executive to the Commander in Chief in the United States Army Europe and Seventh Army.

After 33 years of active duty, General Dubia still serves and continues to give back to the Field Artillery Community and soldiers all over the world. He currently is the Executive Vice President of the Armed Forces Communications and Electronics Association. He is also President of the US Field Artillery Association Capital Cannoneers Chapter in Washington, DC. And for six years, he was the Co-Chairman of the Chief of Staff of the Army's Retiree Council.

Whether he is speaking at the Veterans Convention in Mitchell, South Dakota, or dancing the night away with Mo at the Field Artillery Ball, or serving on the national boards of the Fisher House Foundation and the Armed Services YMCA, General Dubia gives his all...giving true meaning to the phrase Retired and Still Soaring. 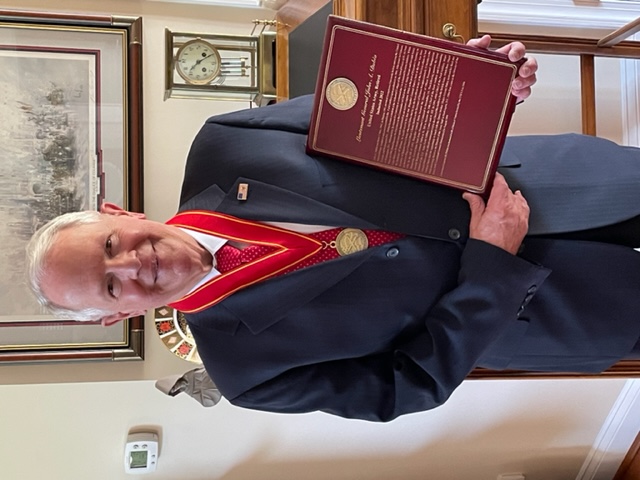 LTG (R) Dubia was inducted into the US Field Artillery Hall of Fame in 2022.