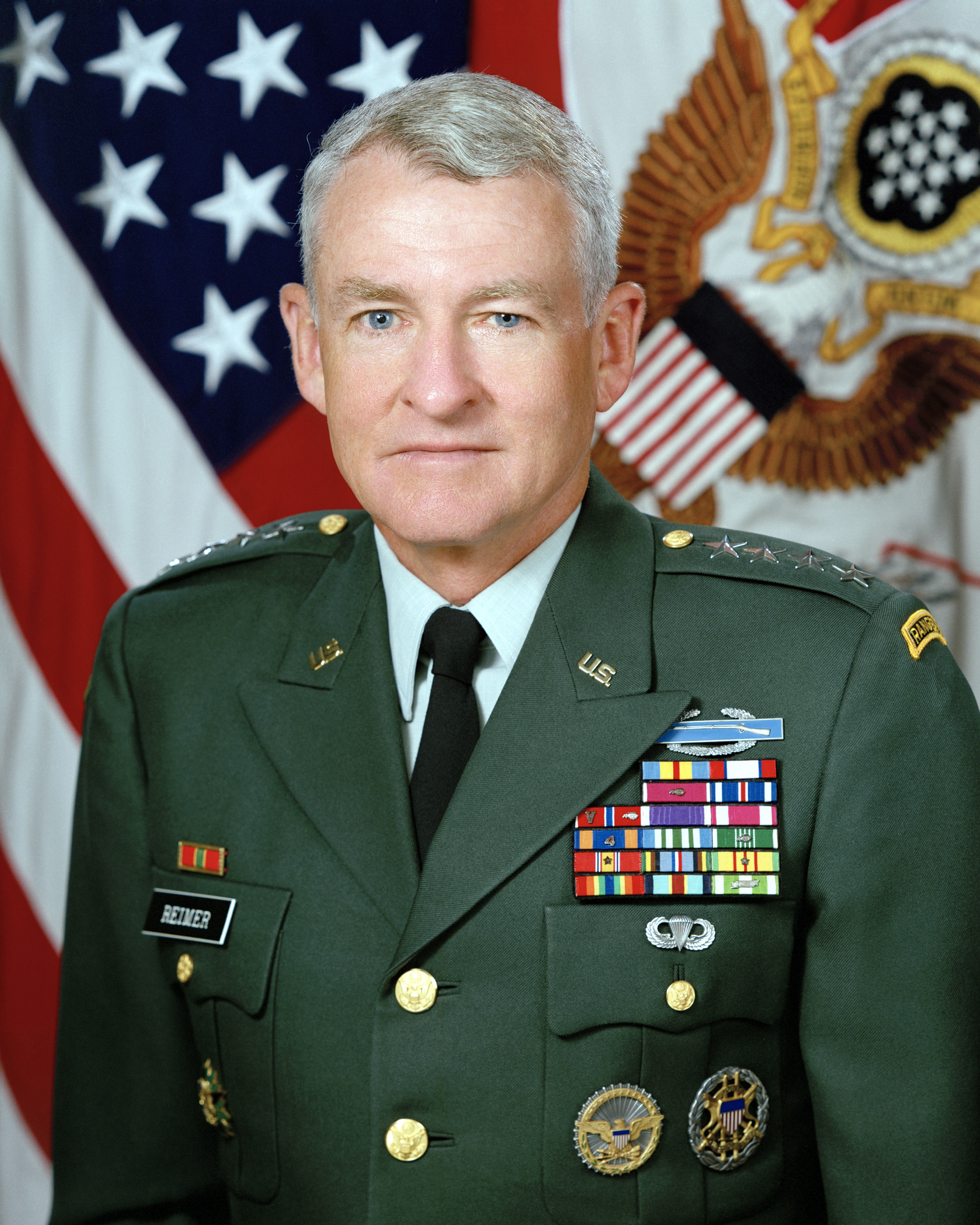 General Dennis J. Reimer is a native of Medford, Oklahoma, and is a graduate of the United States Military Academy at West Point, New York, and was commissioned Field Artillery.

Captain Reimer became the Aide-de-Camp to the Commandant, Armed Forces Staff College in Norfolk, Virginia. After promotion to Major, he was assigned as the Executive Officer and later as S3 in the 2nd Battalion, 4th Artillery.

In 1970, Major Reimer was transferred to the United States Army Field Artillery School, Fort Sill, where he served as an instructor in the Department for a short time before going to the Command and General Staff College at Fort Leavenworth, Kansas.

After completion of the Command and General Staff College, he was assigned to the Personnel Management Office, in the Assignment Section of the Field Artillery Branch, Office of Personnel Operations, Washington, DC. He was next assigned as the Assistant Executive/Aide, Office of the Chief of Staff, United States Army in Washington.

In May 1990, he became the Deputy Chief of Staff for Operations and Plans for the Army during Desert Storm. He then became the Commanding General of the United States Army, Forces Command, Fort McPherson, Georgia.

He was then nominated by President George W. Bush to become the Vice Chief of Staff of the Army and on 20 June 1995, General Reimer became the 33rd Chief of Staff, United States Army.

General Reimer's awards include the Defense Distinguished Service Medal, two Legions of Merit, the Distinguished Flying Cross, six awards of the Bronze Star Medal (one with "V" device for valor), the Purple Heart, and the Combat Infantryman Badge. He also wears the Parachutist Badge, the Aircraft Crewman Badge, and the Ranger Tab.