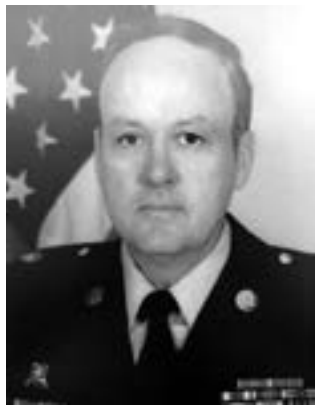 You're In The Army Now

As a young boy, CSM Goodwin moved to Columbia, South Carolina, which he considers home. It was from here that he entered Army service on June 7, 1956.

On the Road Again

From 1961 to 1962, he served as an assistant military Reserve Officer Training Corps (ROTC) instructor at Virginia Polytechnical Institute, Blacksburg, Virginia. He was then assigned to the 24th Infantry Division in Germany but, upon arrival, was given special duty with the Military Advisory Group, Libya. He returned briefly to the 24th Infantry Division Artillery before being reassigned to his native South Carolina, as a drill sergeant at Fort Jackson from 1964 to 1967.

I Left My Heart in San Francisco

In 1967, in anticipation of an assignment to the Republic of Vietnam, CSM Goodwin attended the Vietnamese Language Course at the Defense Language Institute, Fort Bliss, Texas. A year later, he served with the 1st Battalion, 7th Field Artillery, in Vietnam, as a battery First Sergeant. His commander was Captain John A. Dubia, today the Chief of Field Artillery.

Carolina in the Morning

He returned once again to his native South Carolina where he served as both a basic training battalion and brigade CSM before becoming the CSM of the United States Army Training Center and Fort Jackson.

Carry Me Back to Old Virginny

From the balmy warmth of South Carolina, CSM Goodwin moved to the colder climes of Germany where he served as the CSM of V Corps Artillery, headquartered in Frankfurt.  From here, he returned stateside to assume duties as the CSM of the United States Army Training and Doctrine Command (TRADOC) at Fort Monroe, Virginia. He served in this capacity from October 8, 1987, until his retirement on May 1, 1991.

CSM Goodwin continues to serve the Army and Field Artillery as a civil servant, working in the Futures Division of the Training Development and Analysis Directorate of the Office of the Deputy Chief of Staff for Training, Headquarters, TRADOC. He is a graduate of the University of South Carolina and holds a Bachelor of Science degree in Business Administration.

Throughout his varied career as an artilleryman and trainer of soldiers, CSM Goodwin took to heart the dictum “Mission First, People Always.” Soldiers looked to him for leadership and mentorship; senior decision-makers valued him for his wise counsel and astute insights about soldiers and soldiering. Today, these same soldiers and decision-makers are forging the future of the Army, guided by the spirit of excellence that was CSM Goodwin's hallmark. Sergeant Major, we of the Field Artillery salute you--with a tune Redlegs will always remember as their anthem!