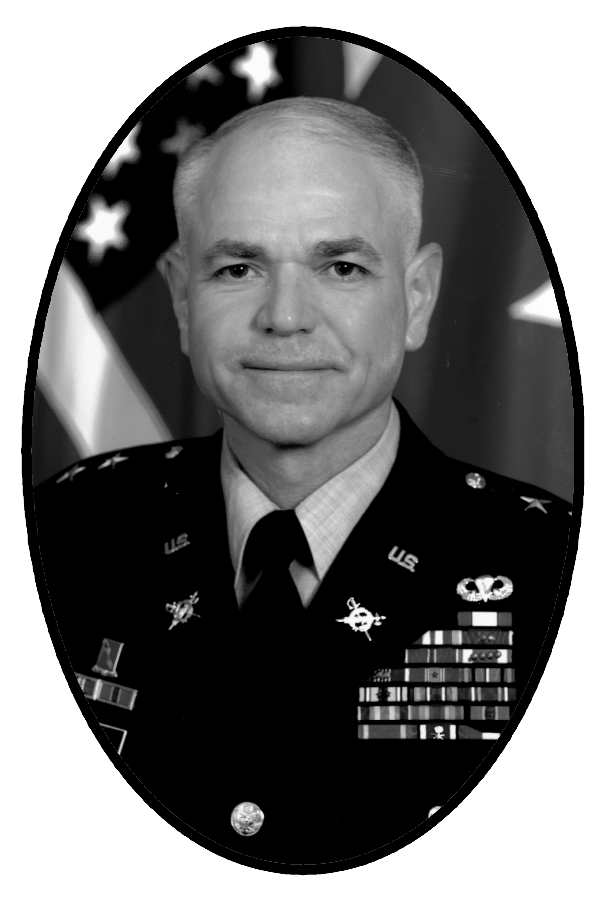 Alan ‘Bud’ Thrasher was born 28 July, 1950, in Royston, GA. He graduated in 1972 as a Distinguished Military Graduate from the University of North Georgia and was commissioned into the Field Artillery.  His company grade FA assignments included serving in the 1st ID at Ft. Riley as a firing battery FO, FDO, XO then as a battalion motor officer and firing battery commander in the 3rd ID in Germany. He attended the Armor Officer Advanced Course before reporting to Indiana University of Pennsylvania as an Assistant Professor of Military Science. Thrasher served in operations and plans jobs throughout his career including at the battalion, Corps and Theater levels in the U.S., Korea and Germany. After a plans assignment in Germany, he served  as the Aide de Camp for the CG of VII Corps. Thrasher then returned stateside to command the 3rd BN, 27th FA at Ft. Bragg, to include deploying the battalion to Desert Shield/Desert Storm, where his unit provided MLRS fires for the 24th ID and the 18th Airborne Corps. After command, he attended the Army War College, followed by assignment to TRADOC Headquarters as Special Assistant to the Commanding General and then command of the 1st Armored Division Artillery in Baumholder, Germany. His unit deployed to Bosnia shortly thereafter, where he provided fire support for a 13-brigade multinational force from four different nations and established a field artillery live fire range, “Saint Barbara”, to sustain training. Following DIVARTY command, Thrasher served as the Special Assistant to the SACEUR/USCINCEUR and was responsible for matters dealing primarily with Bosnia and Task Force Able Sentry in Macedonia, plus issues concerning the Dayton Peace Accords. Upon promotion to Brigadier General he served as the principal assistant to SACEUR and military advisor to two U.S. Ambassadors in the Balkan region regarding cease fire, peace negotiations and ensuring NATO’s new nations met the Minimum Military Requirements for accession into NATO. Thrasher was then assigned as the Commanding General of the XVIII Airborne Corps Artillery followed by promotion to Major General and served as the Deputy Chief of Staff for Developments at TRADOC, responsible for Army Transformation and development of the Objective Force. He then served as the Commanding General for U.S. Army Cadet Command responsible for 272 Senior ROTC detachments and 1,555 Junior ROTC programs worldwide. This was followed by service as  the Deputy to The Inspector General for the U.S. Army. After retirement in 2008, Thrasher served as VP for a large defense contractor before devoting most of his time as a volunteer for several organizations. A majority of his volunteer work has been service as a board member on the Cadet Advisory Council at the University of North Georgia, including Chairman of the Board, raising millions of dollars for cadet scholarships, equipment, new facilities/buildings, relief for cadet families affected by COVID-19, etc., all with the intent of recruiting and graduating future military leaders.