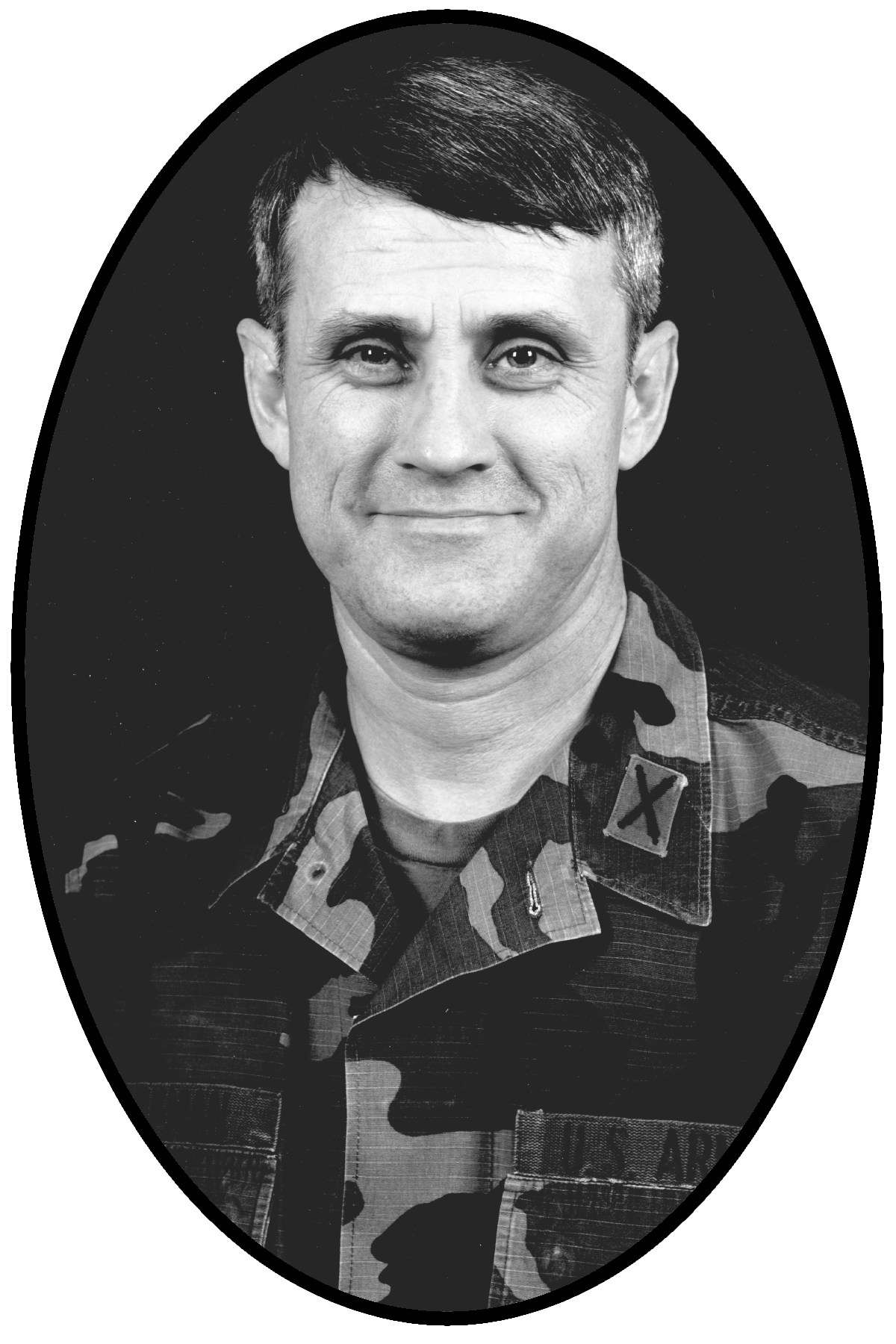 Sammy L. Coffman was born 7 November, 1950, in Russellville, AR.  He was commissioned as a Distinguished Military Graduate and a Field Artillery Officer from the Arkansas Polytechnic College in 1973. After completion of the FA Officer Basic Course, he was assigned to the 2d BN, 20th FA in the 4th ID initially at Ft Carson, then moved to Wiesbaden, Germany, where he served in most of the fundamental FA lieutenant jobs. He also served in the 2d BN, 21st FA, 5th ID at Ft. Polk, LA, including command of Charlie Battery. Following the FA Officer Advanced Course, he served as an ROTC instructor at his alma mater and then he attended the Command and General Staff College at Ft. Leavenworth. Upon graduation from CGSC he was assigned as a war plans officer to the U.S. Army Europe Headquarters in Heidelberg, Germany, followed by service as the XO of the 2d BN, 92d FA, and then acting S-3 of the 42d FA Brigade in Giessen. Coffman then completed his master’s degree at Arkansas Tech University before being assigned as an Observer Controller with the Battle Command Training Program at Ft. Leavenworth, which included deploying three times to Saudi Arabia during Desert Shield. He then reported to Ft. Sill and served on BG Tommy Franks’ initiatives  group prior to assuming command of the 2d BN, 2d FA, “Big Deuce”. Coffman attended the Air War College at Maxwell Air Force Base and returned to Ft Sill where he served as the Director, Depth and Simultaneous Attack Battle Lab, Chief of Task Force XXI and subsequently as the first Deputy Assistant Commandant for Futures, responsible for coordination of all FA concepts, combat development and experimentation. Coffman retired in 1999 and worked supporting only FA projects for two years with a local defense contractor before accepting a GS position as the civilian deputy in the Futures Development Integration Center. A year later he became the acting director of the FDIC. Over the course of his ten years of civil service, Coffman traveled extensively to ensure the Army recognized, integrated and resourced FA and Fire Support in combat developments. He retired in 2011 as a GS 15. Coffman truly has epitomized the saying “soldier for life”. He served for multiple years on multiple Boards of Directors in several leadership capacities for military related service organizations, including the Armed Services YMCA, Southwest Oklahoma Military Officers Association of America and the U.S. Field Artillery Association. He volunteered at the Military Welcome Center at the Lawton-Ft Sill Airport and sang gospel music entertaining residents at the Lawton-Ft Sill Veterans Center, nursing homes and assisted living facilities. Since 2012 he has driven cancer patients on a weekly basis from across southwest OK to the local Cancer Center. The Comanche County Veterans Council recognized him with the Veterans Hero Award and inducted him into their Wall of Honor. Coffman has served as the “Honorary Colonel” of the 2d Field Artillery Regiment since 1999.