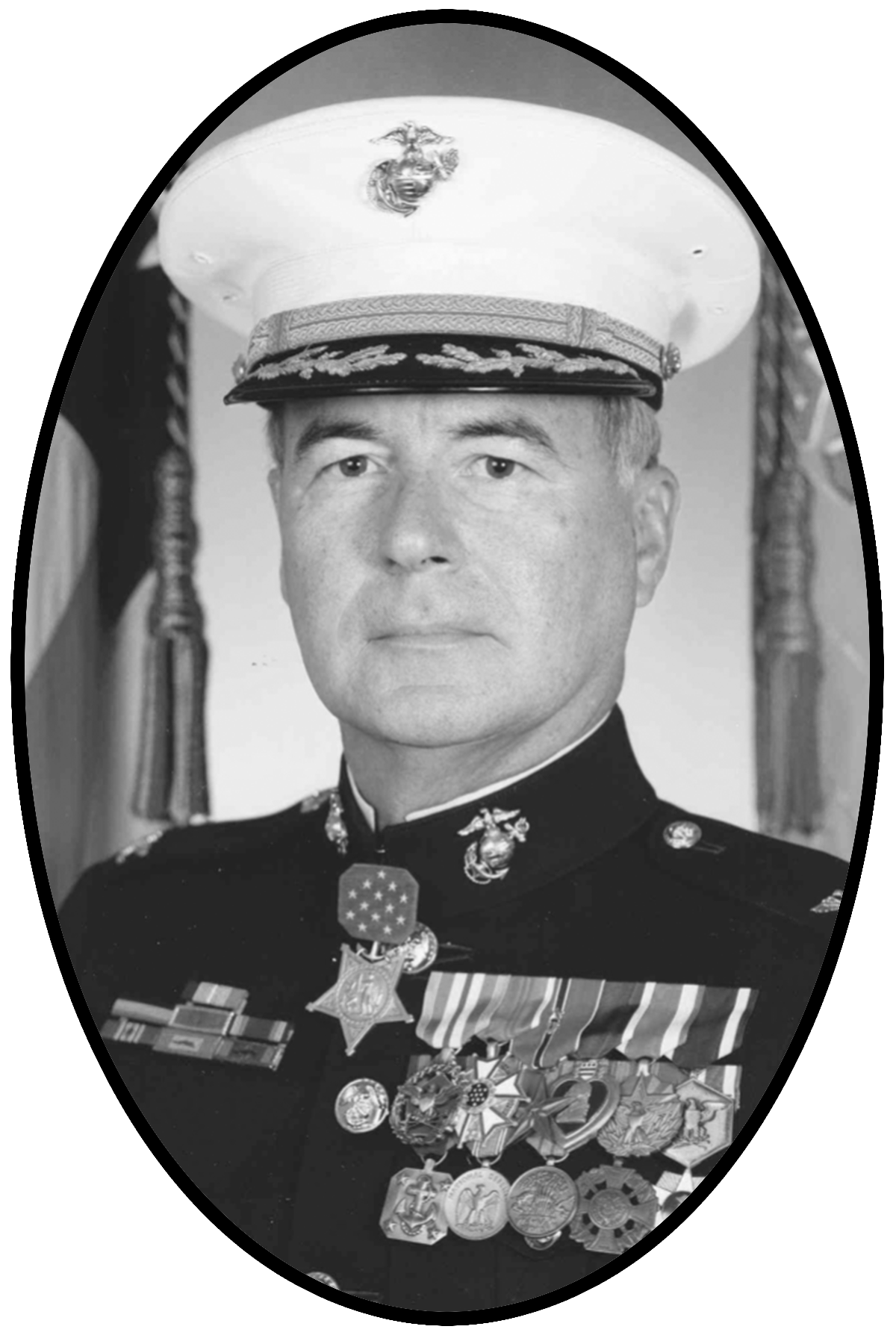 Harvey C. Barnum Jr. was born 21 July, 1940, in Cheshire, Connecticut. He received a Bachelor of Arts in Economics from St. Anselm College, Manchester, New Hampshire and was commissioned as a second lieutenant in the U.S. Marine Corps in 1962. On 18 December 1965,  while serving as a Forward Observer with 2nd Battalion 9th Marines in Vietnam, 1/Lt Barnum’s company was ambushed, pinned down by a hail of extremely accurate fire, quickly separated from the remainder of the Battalion, casualties mounted rapidly, 1/Lt Barnum made a hazardous recon of the area seeking targets, called for and adjusted artillery fire.  Finding the rifle company commander wounded and the radio operator killed, he, with complete disregard for his safety, gave aid to the dying commander, removed the radio from the dead operator and strapped it to himself. He assumed command of the rifle company, and moving at once into the midst of the heavy fire, rallying and giving encouragement to all units, reorganized them to replace the loss of key personnel and led their attack on enemy positions from which deadly fire continued to come. Provided with two armed helicopters, he moved fearlessly through enemy fire to control the air attack against the firmly entrenched enemy while skillfully directing one platoon in a successful counterattack on key enemy positions.  He cleared a small landing area and directed the landing of two transport helicopters for the evacuation of the dead and wounded.  Barnum is the fourth Marine to be awarded the nation's highest honor, the Medal of Honor for valor in Vietnam. As a Marine Officer for over 27 and one-half years, Mr. Barnum served multiple tours as an artilleryman with both the 3rd and 2nd Marine Divisions to include two tours in Vietnam. Upon retirement in 1989, Colonel Barnum served as the Principal Director, Drug Enforcement Policy, Office of the Secretary of Defense. Mr. Barnum was sworn in as the Deputy Assistant Secretary of the Navy for Reserve Affairs on 23 July, 2001. In this capacity he was responsible for all matters regarding the Navy and Marine Corps Reserve including manpower, equipment, policy and budgeting.  He was designated Acting Assistant Secretary of the Navy (Manpower and Reserve Affairs) on 20 January 2009 and retired on 30 April 2009.

Colonel(R)  Harvey was presented the Medal of Honor in 1967 for his actions in Vietnam.