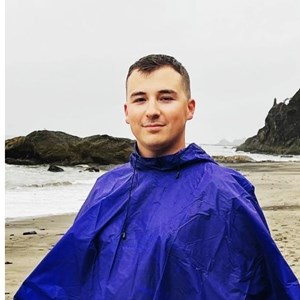 Christian earned his Bachelor of Science degree from the United States Military Academy at West Point and was commissioned as a Field Artillery Officer in 2019. His first assignment was to 2-4 FA as an AS3. Shortly after getting to the unit, 1LT Ochoa was selected to be the BN S2 since he was the only LT with a TS Clearance. He served as the S2 during the 2020 ROK rotation and subsequently moved to Alpha 2-4 to serve as a Support PL. While in the ROK, his PLT demonstrated excellence by being selected to execute the AHA LOADEX for senior leaders and being awarded the best Ammo PLT in the BN as determined by the BN Best-By Test. Shortly after returning from the ROK, 1LT Ochoa was then moved to 2nd PLT Alpha 2-4 to develop his FA skills. While assigned as a firing PL, 1LT Ochoa coordinated MLRS pod destruction training with 761st EOD culminating with recognition from the 20th CBRNE COMMAND CSM with a coin for establishing a training relationship between the two units. Additionally, during the October 2021 AT XV, Alpha BTRY recognized him as Hero of the Battle and was awarded an AAM. He was then moved to HHB to serve as the BTRY XO and was instrumental in the June 2022 CoC to include facilitating property turn-ins, inventories, lateral transfers, and managing maintenance. 1LT Ochoa has since moved across the tracks to 434th FA BDE and serves Alpha BTRY 1-22 FA as a Basic Training Platoon Leader. Christian is passionate about teaching and developing others and is able to thrive when given the opportunity to lead.