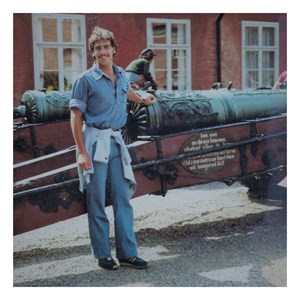 Since discharge: Caring for farmsteads and acreage. I rent my 90 acres and am involved in Friends of Fort Ridgely, BLHS School Foundation, Hector Community Spirit, Buffalo Lake community activities, several village and township heritage Facebook groups, writing hundreds of pages of reference materials on Buffalo Lake veterans since the Civil War. Continuing to write on Hurricane Katrina and on Civil War armor and railroad artillery. Author of several articles and a book, "Mars Gets New Chariots: the Iron Horse in Combat, 1861-65 (2006). I'll donate a box of these books to the FA Ass'n. if it so desires.